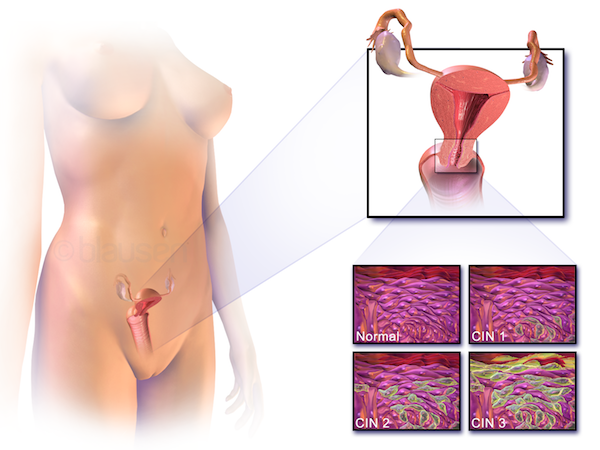 Women with lupus are at significantly greater risk for cervical cancer than those in the general population, concludes a new study led by the Karolinska Institutet in Sweden.

Lead researcher Dr. Hjalmar Wadström, of the Department of Medicine Solna at Karolinska, and colleagues recently presented their findings at the European League Against Rheumatism Annual Congress (EULAR 2016), held this week in London, United Kingdom.

When talking about lupus, the majority of people are referring to systemic lupus erythematosus (SLE), which is the most common form of the condition.

SLE is an autoimmune disease where the immune system attacks the body’s tissues and organs, including the skin, joints, brain, kidneys, and blood vessels.

According to the Lupus Research Institute, SLE is estimated to affect more than 1.5 million people in the United States, of whom more than 90 percent are women aged 15-44.

While symptoms of SLE vary, they may include pain or swelling in the joints, skin rashes or sores, sun sensitivity, muscle pain, fever, fatigue, and mouth ulcers.

Among young women, SLE is known to increase the risk of cardiovascular disease, kidney disease, and stroke.

Previous studies have also suggested the autoimmune disease may increase women’s risk of cervical cancer, though Dr. Wadström and colleagues note that such evidence has been conflicting.

To find out more about the potential link between SLE and cervical cancer, the team analyzed data from Sweden’s National Patient Register, the Swedish National Cervical Screening Registry, and the Swedish Cancer Register.

Using this data, the team calculated the rates of invasive cervical cancer and cervical dysplasia between 2006-2012 among the general female population and those with SLE.

Cervical dysplasia is abnormal cell growth on the lining of the cervix – most commonly caused by infection with human papillomavirus (HPV). If untreated, the condition may lead to cervical cancer.

The researchers found that women with SLE were at twice the risk of developing cervical dysplasia or invasive cervical cancer, compared with the general female population.

Women with SLE who were treated with immunosuppressant medication were found to be at the highest risk of cervical dysplasia or invasive cervical cancer, the team reports.

These findings remained after accounting for age, sex, education, utilization of healthcare, number of children, marital status, family history of cervical cancer, and cervical cancer screening in the past 5 years.

The researchers say their findings emphasize the importance of regular cervical cancer screening for women with SLE, even if they are not being treated with immunosuppressant drugs.

“Previous evidence that SLE or its treatment might increase the risk of cervical neoplasia has been inconclusive.Our findings have confirmed that SLE is a risk factor for cervical malignancies, even after adjusting for important risk determinants such as previous cervical screening.”Dr. Hjalmar Wadström